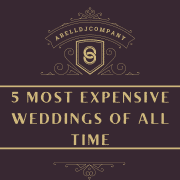 We all have that friend that wants all her family and her family’s family at her wedding. These weddings really take the cake when it comes to massive weddings! Here are the 5 biggest weddings of all time

If you’re the daughter of the former president of the United States and former US Secretary of State, chances are your wedding will be far from simple. And that is just the case for Chelsea Clinton, daughter of ex-US president Bill Clinton and former Secretary of State and Senator Hillary Clinton. Chelsea married investment banker Marc Mezvinsky in a grand wedding ceremony at the Astor Courts in 2010. The venue provided a serene and romantic view of the Hudson River. Just recently, the couple announced that they are expecting their first child.

Footballer Wayne Rooney of the Manchester United and Coleen McLoughlin made their vows at the Abbey of Cervara near Genoa in Italy in 2008. Serenading the couple and the guests were the Irish boyband, Westlife, which cost $670,000. Rooney chartered five private jets to fly 64 of their guests to the wedding. While the ceremony was lavish, the couple had little help in paying the bills as a magazine offered $4.2 million for the exclusive rights of the wedding photos. Today, Wayne and Coleen are happy with their married lives and are now raising two boys.

The first of the two royal weddings on the list, Prince William made Kate Middleton his wife in 2011 in what was dubbed as “The Wedding of The Century”. Done the regal way deserving of England’s future King and Queen, the ceremony was held at the Westminster Abbey. After which, the couple paraded through the streets of London in a horse-drawn carriage. It is great to see that the couple is still together and is now with a son and expecting their second child.

Vanisha Mittal is the daughter of Lakshmi Mittal, one of the richest men in the world. Not surprisingly, her wedding to Amit Bhatia is one of the most extravagant ever. The wedding was held at the historic 17th century Chateau Veaux le Vicomte near Paris in 2004. An engagement ceremony prior to the wedding took place at the Palace of Versailles.

International recording artist and actress Kylie Minogue was paid $330,000 to perform for just half an hour. After which, a firework display was launched from the Eiffel Tower. The marriage did not last long as the couple called it quits in early 2013.

Princess Diana’s wedding gown was covered in 10,000 pearls and had a 25-foot train. She was chauffeured in a glass coach from her place to the cathedral. However, the marriage suffered greatly as both Charles and Diana participated in flirtations with other people. The royal couple divorced in 1996, a year before Diana met her tragic end in a car crash along with her lover, Egyptian businessman Dodi Fayed. 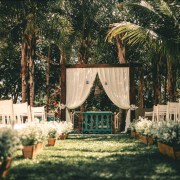 7 things to consider when booking a wedding venue 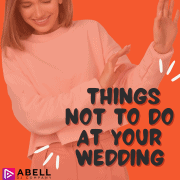 Things Not to Do at Your Wedding 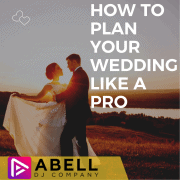 The PLAYLIST…and how to trust your DJ 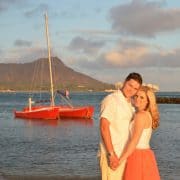 10 Ideas For Your Honeymoon 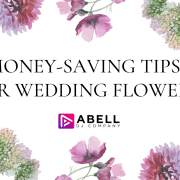 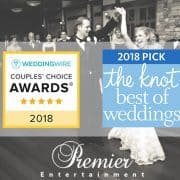 How to plan your wedding like a Pro
Popular
Recent
Comments