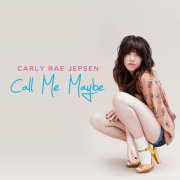 If you care a lot about the music that will play at your wedding, chances are you’re pretty in touch with modern hits. People who like to control the playlist usually know what’s getting radio play, and in some cases what will get a party started (or keep one going). Even so, however, the average wedding reception tends to have a lot of “classic” party songs played. Billboard did a fascinating piece in which prominent wedding DJs shared their most requested songs, and while the range stretched from Elvis Presley to 50 Cent, there were a lot of older tunes. Songs like Marvin Gaye’s “Let’s Get It On,” The Beatles’ “Twist And Shout,” Frank Sinatra’s “The Way You Look Tonight,” and more have simply become wedding staples.

There’s nothing at all wrong with that. Usually it’s a great idea to sprinkle your reception with a few songs people specifically associate with wedding receptions, because it helps to get everyone in the mood. But it’s also a good idea to counter these classics with some modern songs that might be a little bit less expected. Granted, this could lead to a list of about a thousand good ideas. But I’ve got five, including some major hits and some more obscure options, that might get you and/or your wedding DJ started….

It just wouldn’t be possible to keep Bruno Mars off of this list at this point. And even though the guy has a song called “Marry You,” it’s “Uptown Funk” (technically by Mark Ronson) that first comes to mind. It’s arguable that no other song in the last 10 years gets people dancing quite as easily as this one does. As is typical of much of Bruno Mars’s best work, it fuses old school funk, modern pop, and more than a touch of Michael Jackson’s style, resulting in a song you almost can’t help but move to. It’s a perfect reception song for any crowd, old, young, calm, or enthusiastic.

“Poker Face” is right up there with “Uptown Funk” as a modern song people can’t quite help but dance to, even if it’s very different. It actually gets the most attention for its name, which, as said in a piece about the “ultimate gambling playlist,” is of course metaphorical. The same article however points out that it’s a booming track that will help to create that party atmosphere – which, after all, is pretty much the entire goal of a reception playlist. “Poker Face” can be a little bit intense, but particularly for later in the night when people have had a few drinks and the dance floor is active, it’s a blast to put on.

I mentioned a few more obscure titles, and this is one you might want to check out. I noticed “Semi-Charmed Life,” Third Eye Blind’s biggest hit, appeared on Billboard’s aforementioned list of DJs’ most requested reception songs, and thought this track off of their latest album (yes, Third Eye Blind still makes music – and does so pretty well) was a good fit. “Dopamine” is a friendly, fun-loving track, and one that’s easy to dance around to even if you’re hearing it for the first time. Listen once and you’ll get it.

Sometimes all you need for the perfect reception track is a catchy, familiar song – maybe even one that people adore in spite of themselves. Is there a better modern option to fit this description than “Call Me Maybe” by Carly Rae Jepsen? There have been online debates about whether this might in fact be the catchiest song of all time, and they’re just not opinion pieces. Rather, they’re actual examinations of Jepsen’s music. One piece even commented on her songs’ Mozart-like complexity. It might sound silly, but then again, give this song another listen and try not to repeat it five times immediately. You probably can’t.

Goodbye June is a lesser-known group by comparison to others here, and for the most part they’re actually a fairly hard rocking bunch, a bit like a combination between J. Roddy Walston And The Business and general British pop-rock. “Daisy” is a lighter tune for the band, but still makes for an upbeat, happy, and romantic song. And, like “Dopamine,” it’s a pretty easy track to dance to even if you’re hearing it for the first time, which means it shouldn’t be a problem despite its relative obscurity.