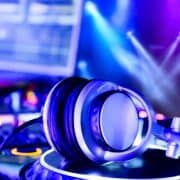 It’s not a party without music. Whether you’re hosting a kegger, an upscale cocktail affair, or a chill holiday party, you’re going to need some tunes. These playlist building tips will make sure your shindig is a fun, memorable event.

The first step to creating the perfect music playlist is to know your audience.

When making a playlist, keep in mind the preferences of your intended audience, not your own. Even party music isn’t universal, as you’ll quickly realize if you think of all the ways in which, for example, a child’s birthday party is different from a teenager’s graduation party or a senior’s retirement party. If you don’t know your audience well enough to be sure of the music they like, ask somebody who does.

If you can’t find anybody who knows, or the audience is large enough that making everybody happy 100 percent of the time is almost guaranteed to be impossible, you’ll have to make an educated guess. For a large audience, find out what music is likely to be popular with people matching the average audience and go with that; if your playlist is for just one person, choose based on what you know about him.

You don’t have to play songs that everyone will know and love. Making your own party playlist can be a chance to broaden your guests’ musical horizons. You might end up introducing someone to their new favorite song, and it also builds connections. That person will associate that memory with being at your house party or dinner party and hearing that song. “They’ll be like, ‘I heard that with you first, remember?’’’

This works particularly well for a romantic dinner: If you’re trying to woo someone, playing them a song they haven’t heard will make them think of you whenever they hear it next.

Variety is the spice of life, and your playlist should have a little spice in it. A wide variety of slow songs, fast songs, classics, pop hits, and other musical styles will keep people interested. Make sure you space things out too. Don’t play nine hip-hop jams in a row before switching to country. Mix things up and keep people surprised.

They may not be your favorite songs, but it will feel good to see everyone having a great time. When in doubt, add more classic crowd-pleasers.

4. Get the Length Right

If you’re creating the playlist with a specific event or occasion in mind, its length is as important as its contents. In some cases, you will want the playlist to last a specific amount of time and no longer such as a playlist that needs to match the duration and structure of a set of exercises in a gym. In other situations, the playlist should have a minimum length but also have an extra 15-30 minutes’ worth of music as a buffer you can use if the event runs long.

If you’re putting together a playlist for a party or a wedding, you likely have an end time in mind for the event, but you should make allowances for it ending late, even if you feel like you’ve run out of perfect songs to include. Having less-than-perfect songs near the tail end of an event, when the audience most likely won’t really notice, is by far better than the alternatives: having the music end just before the event does or, worse, restarting the playlist over from the beginning.

5. Work Your Way Up To the Big Tracks

When piecing your playlist together, deciding where tracks go is as important as which tracks make the cut in the first place. Key to this is not top-loading your playlist.

If it’s for a house party you have to work your way up to the big stuff. Why? Well because people will quickly tire if you go too hard too soon, and the mood will dip as the filler fails to keep the tempo going.

6. Make Sure You Can Back Up Your Dance-Floor Fillers

Want people to get all the way through your party playlist before someone’s taken control of your computer or phone and mixed things up? Of course you do. That means being able to back up the big tracks and keep the excitement levels going in the right direction.

You’ve got to be careful. Say it’s a party for people in their late 20s or early 30s and you play something from that whole punk-rock scene, so a Blink 182 or a Sum 41 track, something fun that triggers a world of nostalgia – you’ve got to follow that up with something similar, otherwise people are going to grab your phone and play something not on the playlist because “Ah, that reminds me of that song”. You have to preempt that and work out what certain songs are going to make people want to listen to next.”

Importance of professional Wedding DJ on your Wedding 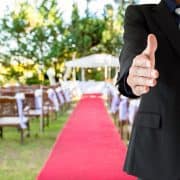 Important Questions to Ask Before You Hire a DJ 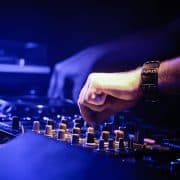 Must Have Skills For Every New DJ 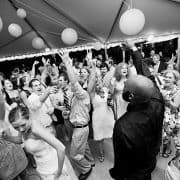 Reasons why hiring an amateur wedding DJ is a huge mistake 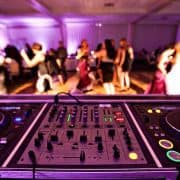 Common Mistakes People Make When Hiring A DJ For Their Wedding 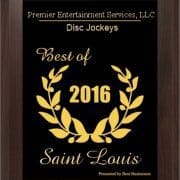 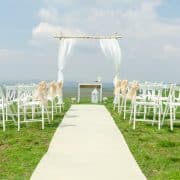 Questions To Ask At the Venue before Booking 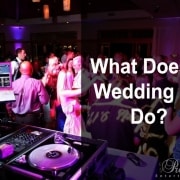 What Does A Wedding DJ Do?
Popular
Recent
Comments

Things To Know Before You Start Wedding Planning

How To Make Your Wedding Video Unique
Scroll to top